Richard Swift – a painter based in Cambridge, England

Richard Swift studied at the University of Reading under Peter Kalkhof in Fine Art and Neil MacGregor in History of Art, and at the Courtauld Institute of Art in London under Robin Cormack.  A founder member of Chisenhale studios, gallery and community workshops in east London, he has exhibited in numerous group shows over the years.  Recent solo exhibitions in Cambridge include Homerton College, Clare College, Anglia Ruskin University, King’s College, and Churchill College where his work is represented in the permanent collection. 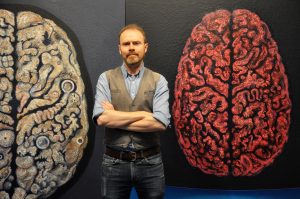 2005    ‘Give Me A Body Then’: recent paintings by Richard Swift, Dr Roger Cook, University of Reading